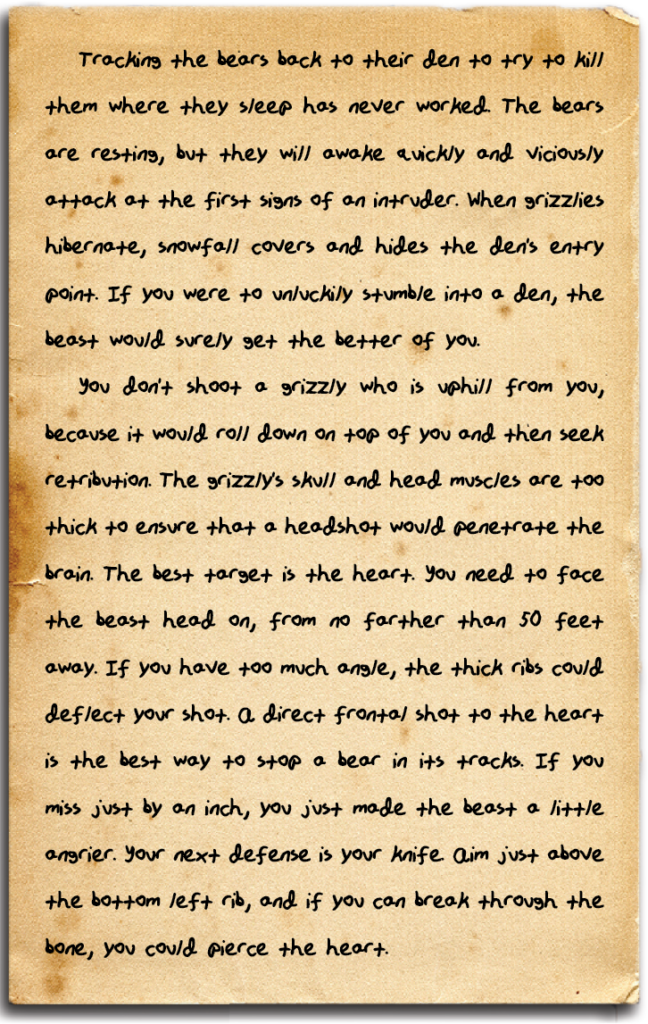 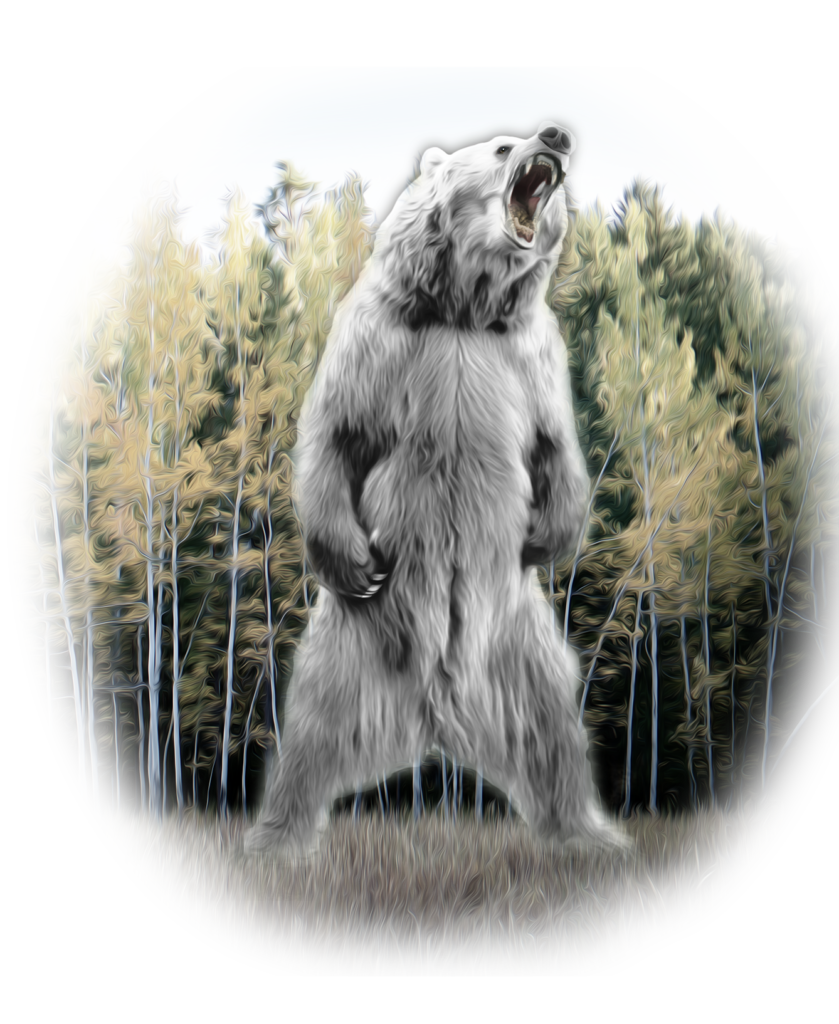 Kodiak: King of the Grizzlies is a fictional story for ages 8-12, of a 15-year-old city-boy transplanted into a forest wilderness where he discovers his connection to nature through reading the 100-year-old journal of a Grizzly Hunter. It tells the story about the dark history of California’s 70-year war against the Grizzly Bear- a story which hasn’t been told. It discusses the extinction of the California Grizzly, and portrays a final battle between the US Army and the Grizzlies; and includes a talking Bear from outer space. It is full of action, adventure and discovery, and explores the relationship between Humans and Nature- both then and now.

Extinct for over 100 years, the Bear’s story takes the reader back and forth in time to contrast the relationship and perspectives of society towards the bears. The reader learns about bear hunting and the natural history of the California Grizzly Bears.  It’s told in a way that involves science, history, myths, action and war. The book has stories within stories as you read the entries in the journal and the boy’s reaction, and how it affects events in his modern life.

Grizzly Bill Holcomb was credited for exterminating all the Grizzlies on Big Bear Mountain so settlers could move in. What the townsfolk didn’t know was that Grizzly Bill actually helped the bears escape extinction and was working with Kodiak, King of the Grizzlies, to save the bears. An Indian legend comes alive when Kodiak, a visitor from the Great Creator, comes to teach the Grizzlies communication skills and a new way of life. Kodiak’s mission was to facilitate coexistence among the Bears and Humans so the bears would be spared from their looming fate. Kodiak talks to Grizzly Bill and his friend Harry and asks them to make peace. Battles raged, and the Bears are pursued and ultimately, …well you know what probably happened.

After some roller-coaster conflicts, the bears are forced to flee to Santa Cruz Island where the government struggles to decide what to do with them. Kodiak leaves the clan in Grizzly Bill’s hands and goes north to Alaska, riding on the back of a great white whale.  In the Epilogue, the boy is now a genetic scientist working on the Grizzly Project to recreate and reintroduce the California Grizzly into the California wilderness.

I think this book will make any child reflect on their place in the natural world. It will motivate them to accept their role to help preserve and protect all species around the planet and respect biodiversity. This book’s message of coexistence and stewardship will help reach a demographic that are seeking this type of action/adventure story and will shape their attitudes and understanding of the natural history of Grizzlies at an early age.